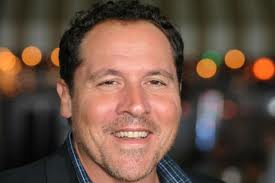 Thanks to a nasty backroom fight among its financiers and now a court order, Jon Favreau’s upcoming comedy Chef has hit a rough patch and no one is in a laughing mood anymore. The star-studded comedy which includes such Hollywood heavies as Dustin Hoffman and Iron Man star Robert Downey, Jr. is about a chef, played by Iron Man director Favreau, who gets fired from his restaurant job and then opens a food truck business.

But first here’s what happened: In order to finance the flick, which is slated for release next year, two companies, Sous Chef and Providence Films each agreed to contribute $3 million dollars into an escrow account to be managed by Chicago Title Company. Since Sous Chef had already invested $2.5 million in the venture, it had a balance of $500,000. According to the lawsuit filed by Sous Chef last August in California, both parties had agreed that Providence Films would advance $200,000 to Sous Chef, meaning that Sous Chef would only need to kick in another $300,000 to meet its $500,000 commitment. Sous Chef alleges in its lawsuit that Providence Films not only failed to pay up its $3 million share of the escrow account but that it also caused nearly $300,000 to be transferred from the escrow account itself into two separate accounts that had nothing to do with financing the movie. In addition, Chicago Title has allegedly refused to return to Sous Chef the $500,000 that it had paid into the escrow account, claiming that the money was now being held by two outside entities.

As plaintiff, Sous Chef is seeking damages for fraud and conversion against Providence Films and its president Xavier Mitchell as well as damages for breach of a written contract against Chicago Title Co.

To be sure, the way this case ultimately pans out will be important to folks in the business of bankrolling flicks. In the tight money situation of the lingering recession, the idea of two or more investors pulling resources together to make a movie can only become more popular than ever. For example, Lee Daniels’ The Butler, one of this past summer’s box office sensations, was reportedly financed with a $25 million budget cobbled together by about 28 investors.

In the Sous Chef case, an injunction is currently in place against Mitchell and Providence Films barring them from accessing any of the monies in the escrow account until the entire case winds down. In plain terms, an injunction is simply a court order commanding someone in a lawsuit not to do something. Usually, folks filing these kinds of lawsuits also ask the court for an injunction to prevent a situation where the asset may no longer be there for them if they end up winning their case. (This is about maintaining the “status quo” between the parties, as most lawyers would say.) Naturally, the more it looks like the person filing the lawsuit has a strong case, the greater will be his odds of getting the court to grant him an injunction.

But, under the law, just how will Sous Chef fare with its claims of fraud, conversion and breach of contract against its opponents?

Well, for starters, someone filing a fraud claim against another is essentially saying that he has been deceived by that other person.

In this particular case, Sous Chef is accusing Providence Films and Mitchell of deceiving it into thinking that they would pay $3 million into the escrow account whereas in fact they did not intend to do so. Sous Chef also alleges that at some point an attorney for Providence Films had notified it via e-mail that the money had been wired into the joint escrow account when in fact that was not true. Later assurances to that same effect by the Providence’s lawyers also did not prove true, Sous Chef claims.

Because we’re talking here about ‘statements of fact’ regarding one party’s ‘state of mind’ which allegedly caused the other party to enter into a certain contract, usually only the offending party’s actions later on in the transaction can give us some clues as to whether that party actually intended to do what they had promised to do. In this case, Providence’s failure to put the money into the escrow account plus the false statements made by its attorneys about the disbursements are the kinds of stuff that would normally help a party like Sous Chef in building its fraud claim.

Concerning Sous Chef’s ‘conversion’ claim, well, for those in the mood for harsh language, conversion can simply be called ‘theft’ instead, with all its obvious criminal connotations. But here in civil court we are dealing with conversion as a ‘tort’, which in legal parlance is a civil wrong involving the breach of a legal duty. With conversion, we’re talking about a situation where one person exercises control over someone else’s property or otherwise deals with the said property in a manner that interferes with the rights of the true owner of the property. We often encounter this kind of situation in cases where someone entrusts his property to the care of another for safekeeping. This transaction is called a ‘bailment.’ If the owner arrives to take back his property and the safe keeper (who’s called the ‘bailee’) refuses to turn the property over to him, then the action of the safe keeper amounts to ‘conversion.’ In the context of money, conversion occurs when money that was designated for a particular purpose is used instead for a different purpose without prior authorization.

In the Sous Chef case, the allegation is that Mitchell and Providence Films transferred monies (about $300,000) from the escrow account into two other bank accounts that were not listed in the escrow agreement and were therefore beyond the control of the movie production team. Well, if that is true, it will be pretty hard for Mitchell and Providence Films to beat the conversion claim in this lawsuit.

Then there is the breach of contract action against Chicago Title Co. In this transaction, Chicago Title is acting as escrow agents or escrowees of the account. Usually escrow agreements are made as a way to ensure that each party to a contract acts in accordance with its promise. Thus, a third party is designated to hold the money, goods or other escrowed property and to release it to the person entitled to it upon the performance of a condition or the happening of an event. Therefore, an escrow agent is a trustee of both parties and owes them ‘the highest kind of loyalty’ and if he doesn’t act faithfully toward either party, then he alone can be sued by the injured party even where no other person is being sued for that default.

Our case here recalls a similar escrow case from New York from nearly 20 years ago. In that case, a company which had lost a case at the lower court got an insurance company to file a bond to support its appeal of the lower court decision to a higher court. To secure the said appeal bond, it set up an escrow account consisting of certificates of deposit (CDs). The certificates matured while the appeal bond was still at stake and two days after the CDs matured, the same company which had filed the appeal (let’s call it ‘Company X’) withdrew the CDs and deposited them into a totally different account at the bank. Company X did this without ever telling the insurance company about the transfer and without (get this!) any intervention from the escrow agent to stop it from doing that. So, with the CDs gone, the escrow account was now an empty shell. And while the CDs sat in the new bank account into which they had been transferred, Company X went into bankruptcy. Now enter the bankruptcy trustee. In the process of gathering assets relating to the bankruptcy estate, the said bankruptcy trustee also seized the CDs that had been transferred into the new account. When the insurance company called up, the escrow agent told them to look to the bankruptcy trustee.

Well, the court told them it ain’t so; it ruled against the escrow agent. The court said that the escrow agent, by not intervening to stop Company X from making the unauthorized transfer of the funds, had failed in its duty to ‘hold, conserve and maintain’ the escrow account and therefore that the said escrow agent ( a law firm) could be sued by the insurance company without needing to look to the bankruptcy trustee.

In our case here, Sous Chef claims that Chicago Title prematurely allowed Providence Films and Mitchell to transfer money away from the escrow account even though the escrow agreement clearly said that no one should withdraw any money from the account until Chicago Title received confirmation that both parties had passed ‘compliance’ with wiring their payments into the escrow account. As matters stand, unless Chicago Title has a damn good explanation for its actions, the claim against it may be the easiest one to win of all the claims in this lawsuit. If Chicago Title is going to be held liable, it cannot ask Sous Chef to go after the folks who may now be controlling the separate accounts into which Mitchell and Providence Films had transferred the money. Needless to say, as with any written contract, the more clearly the terms of the escrow agreement are written the worse it all looks for Chicago Title.

By the way, there are other claims that Sous Chef might have chosen to pursue against its opponents. For instance, it could have tagged on an ‘unjust enrichment’ claim against Providence Films concerning the money transferred out of the escrow account. Here we are talking about the court being asked to act in equity and good conscience to prevent someone from hanging on to wrongful gains. Plus, Sous Chef could also have sued Chicago Title for the ‘negligent performance’ of its duties as escrow agent under the agreement. Here we’re talking about a failure to use ‘reasonable care’ and due diligence in implementing the terms of the escrow agreement.

So, what’s the future outlook on this case? Well, given that the movie is already scheduled for release at a date certain next year (reportedly on Mother’s Day), the clock is already ticking. Therefore, there is always a good chance the parties might decide to settle the case and avoid a knock-down-drag-out litigation, if only to focus on producing the movie and meeting its release timetable. Then again, they might decide to dig in their heels and fight to the bitter end. So far, Sous Chef has played a strong hand in the opening round, but whether it can make its claims stick will of course depend on what comes out when the other side fires its own shots as the battle gets underway. In any event, given the high profile of this case, with its star-studded cast, the outcome of this lawsuit will be watched with interest by a lot of moviemakers and financiers, both in Hollywood and elsewhere.

********Author’s Note The provocative new book “Comedy Under Attack…” is now available on Amazon and in stores. Please check out the book and welcome to the lively debate.